The 5000km non-stop train between Beijing and Lhasa began service in 2006, opening Tibet to the world, for better or for worse. Beijing-Lhasa Express depicts my experience of this trajectory from a single seated position, June 4-6, 2007. The train itself remains a constant referent: as a framing device, as a reflected view, or as visible infrastructure. Both within the train and without, this sequence of images reveals the conflicts and compromises that characterize China’s continual state of change. 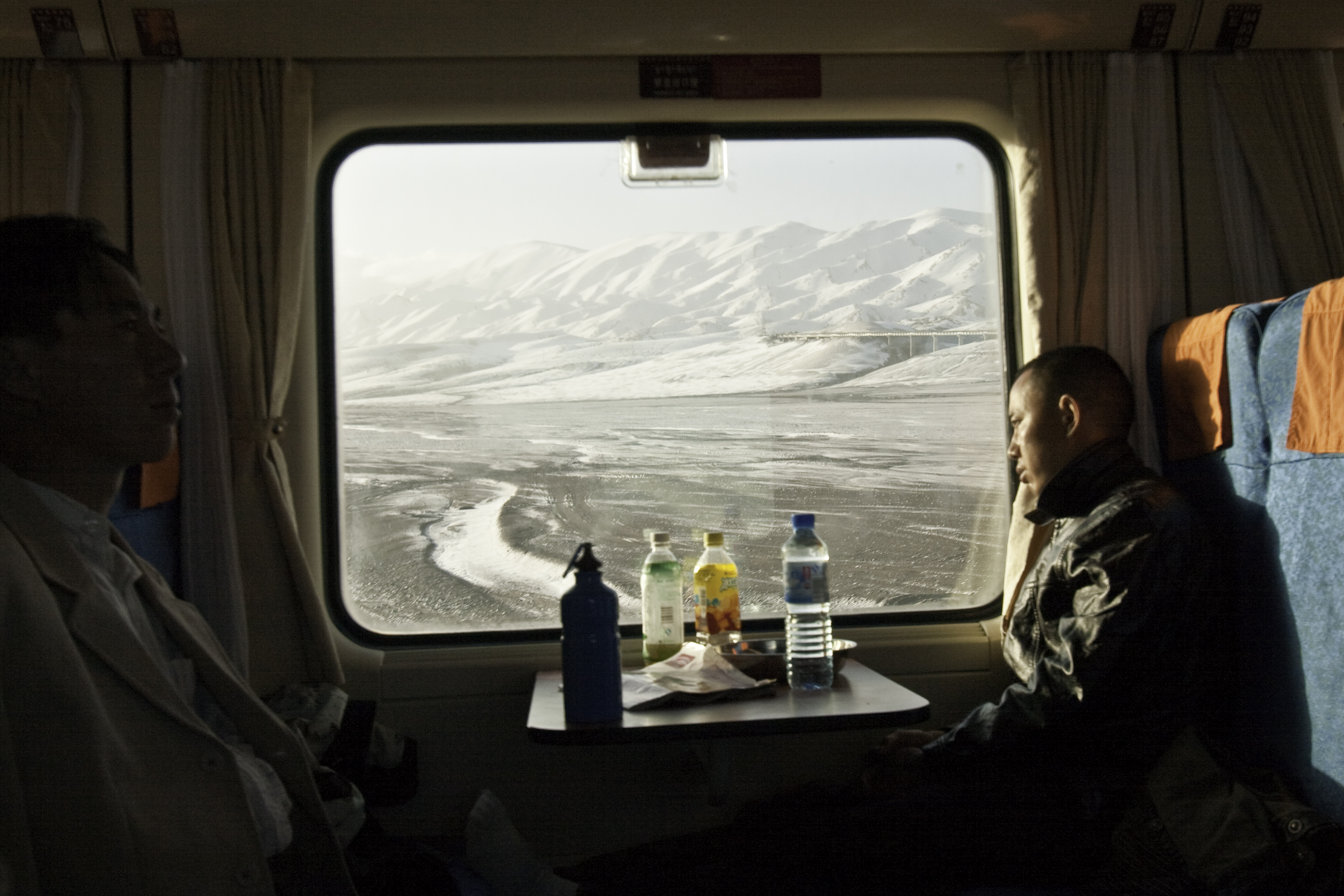