The coast is the most universally accessible location of the sublime, and is persistently attractive, even as its resilience weakens in the face of competing interests locally and environmental instability globally. Inner, Middle, and Outer Harbour, Victoria and Strait of Juan De Fuca, Victoria, is the first completed set from Jesse Colin Jackson’s ongoing The Ragged Edge series, focused on representations of our collective and conflicted life on the coast. The Ragged Edge integrates strategies for environmental engagement designed to de-familiarize the familiar with the composite image-making techniques developed for the Iterations series. Specifically, theproject combines the transit of the linear environment under scrutiny—the ragged coastal edge—with the transparent superposition of a strategically distributed set of panoramic images. In this case, over the course of a single spring day, Jackson walked the length of Victoria’s corrugated oceanfront—equal parts public space, rocky beach, and industrial waterfront—shooting sixteen precisely registered high-resolution 360-degree panoramas along the way, centered on the water’s unifying horizon. The result is an original representation of the dynamic experience of an inhabited coastal environment, provoking discourse regarding the aspirational romance and infrastructural realities of a globally pervasive and increasingly precarious geopolitical condition.

The Ragged Edge is informed by a research partnership with Nicholas Bradley.

All of the images are from 2014, and are 30” x 90” chromogenic prints in editions of five plus two artist’s proofs. A second The Ragged Edge set, focused on coastal southern California, will be completed in 2019. 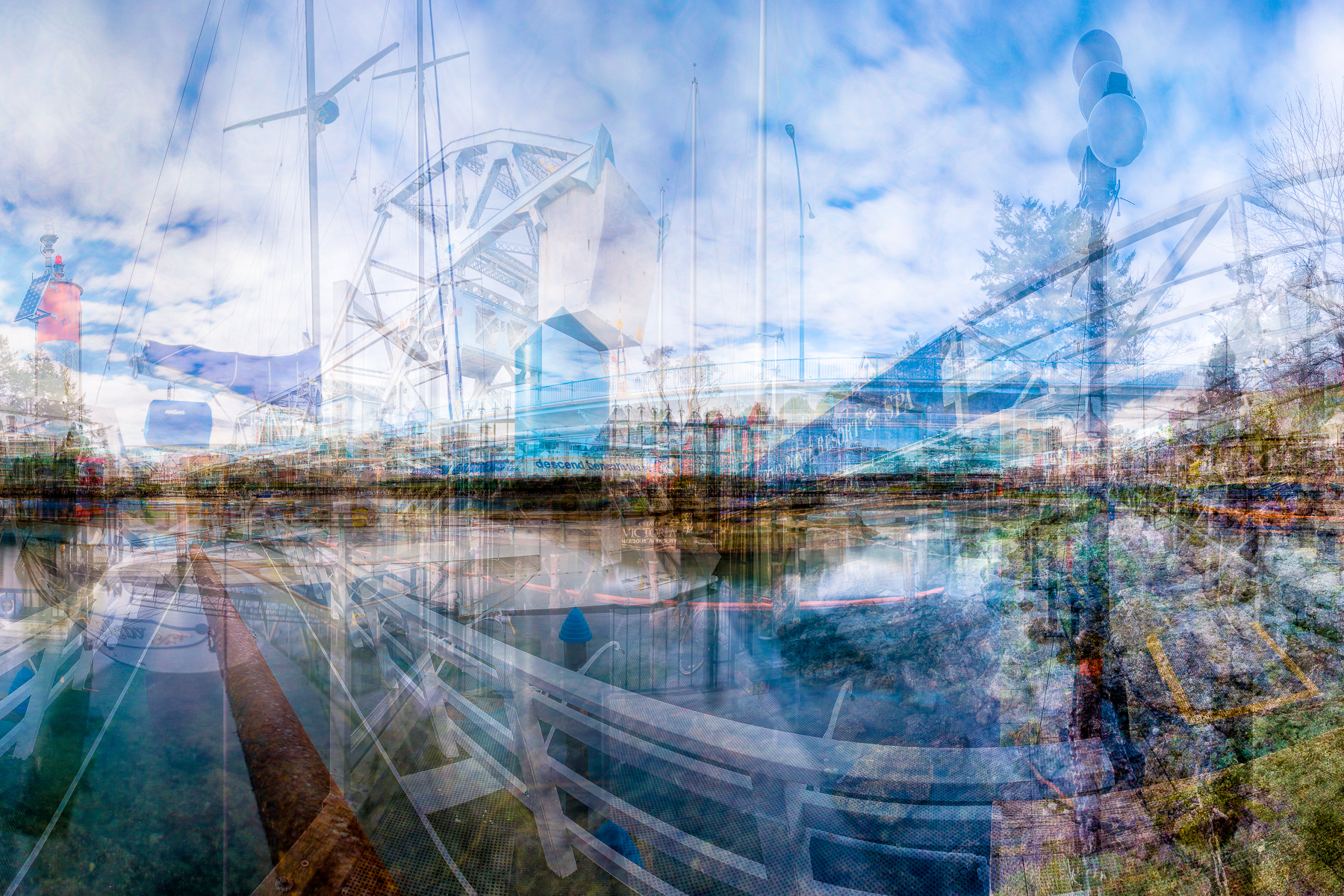 < Design and the Anthropocene NLab >