In twenty hours spread across four days (February 12-15, 2022), I created a series of Marching Cubes assemblies based on Henry Moore’s monumental forms. Visitors to Marching Cubes Final Countdown were invited to help me perform these assemblies, or simply interact with the project however they liked.

UCI’s Experimental Media Performance Lab (xMPL) has been an essential venue for Marching Cubes, hosting the project’s premiere in 2016, and its most ambitious assemblies in 2019. This was the third and final Marching Cubes performance in the xMPL.

(This page is under construction. A time-lapse film of the performance event is in production.) 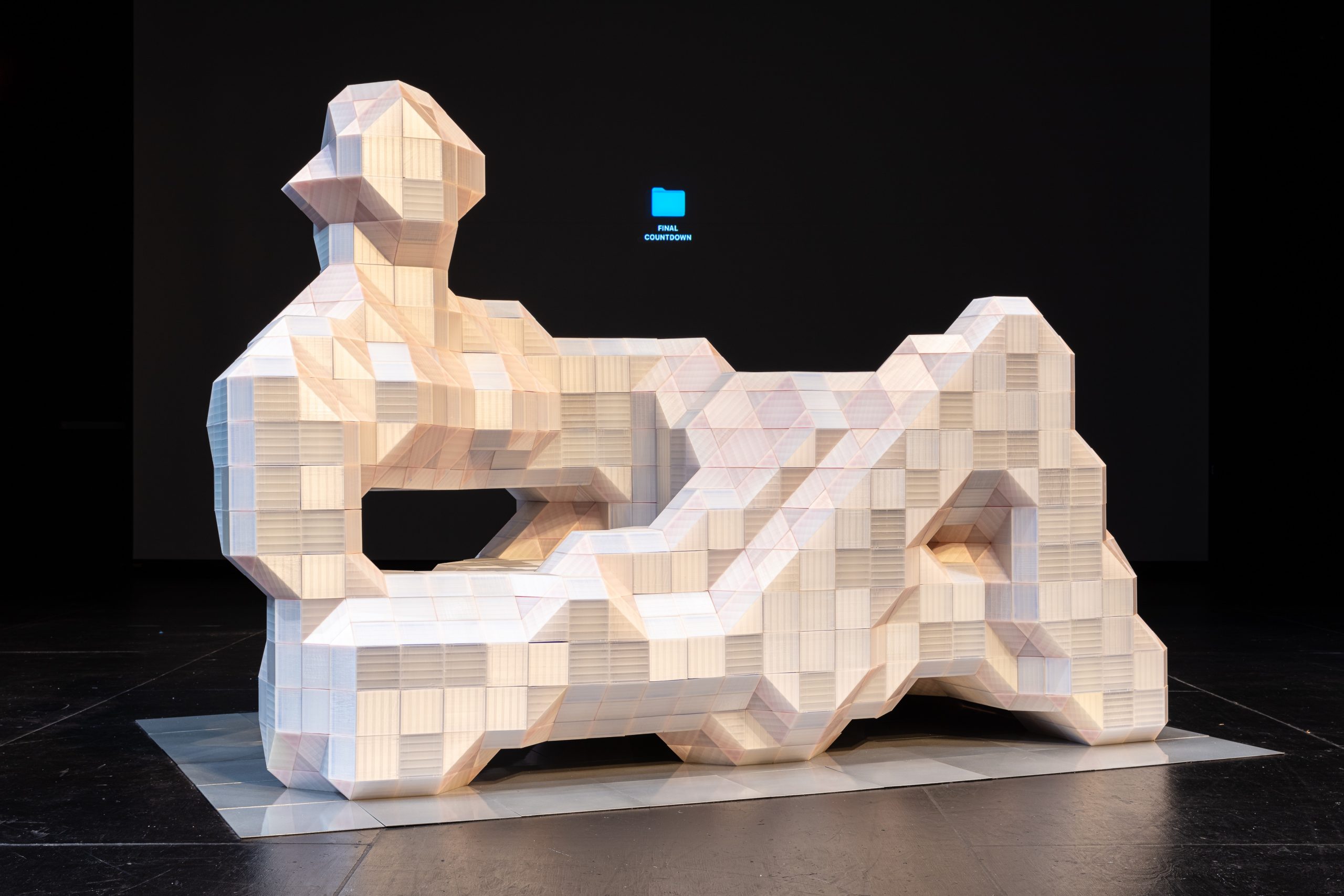